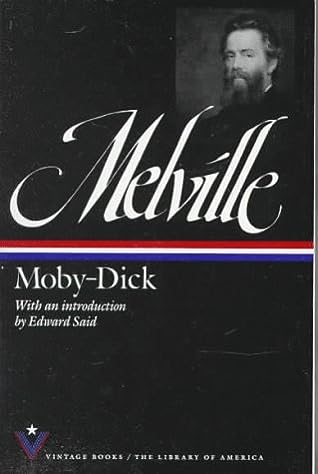 I have to thank a friend of mine for making me admit I never actually read the entire book, only a few pages here and there. I took issue with it being “boring.” I’ve heard this characterization from quite a few people, but I try not to let people unduly affect my judgement. I never had a problem maintaining an independent mind, with respect to Moby Dick.
The common criticism is the incessant explications on whaling, (anatomy, skeleton, etc), why yes, this does suffuse part of the book, but it does not represent a large portion by any means. I actually enjoyed most of the explication on the details of the whale and whaling. I won’t deny there are extraneous details and a lot can be cut that doesn’t harm the plot and integrity of the story, but I also don’t think every book should constantly have to entertain and be a miasma of gaiety. I don’t have a problem with making an effort and putting forth some work. I now know wonderful bits of data such as the average sperm whale is about 85-90 feet, about 90 tons, the vision, the ears, skeleton, the proportion of the head in relation to the entire body (1/3rd for the curious reader). Also, Melville, or I should say Ishmael, compares to OTHER whales! He contrasts the sperm whale to the right whale; by the way, the sperm whale is the more valuable of the two. I have to confess, I had a whale of a time reading this. Thank you, tip your waitresses. I’ll be here all week.
My instinct was this is not a boring book, in fact, I always thought Ahab as an enormously interesting character. I had to be patient for his first appearance in the book. I had to wait until almost 1/5th of the way into the book for Ahab. The book starts out with the friendship of Ishmael and Queequeq. Queeque, is prima facie, a savage cannibal, but Ishmael is not the typical “Christian” in Nantucket. Ishmael is impressively tolerant, yet stays authentic to his seemingly Christian sensibilities, to paraphrase, “tis better to befriend a sober cannibal than a drunk Christian.”
I’m not that educated so I spent a few minutes looking up some background on the book. Melville has a reason for almost every name of each character in the book. Even the name of the ship is from an American Indian tribe that was wiped out; Ahab after a biblical king; Elijah warning Ishmael and Queeque not to board the Pequod (named after the prophet Elijah), there are others as well.
Of course everyone has heard about the abundant references to allegory and metaphor. I can attest this book doesn’t disappoint. The themes of race, class, epistemology, religion, prejudice, free will (or lack thereof) hubris of course, superstition, but I digress. The majority of the allegories and metaphors are to our existence, our significance, our control, our limits of knowledge were some that leapt out at me.
As to Ahab, he is not the caraciture that some may think he is. Ahab doesn’t think he is going to die pursuing Moby Dick. A harpooner by the name of Fedellah gives Ahab a prophecy as how Ahab will die, but the description of the prophecy led Ahab to conclude he wouldn’t die at sea. Ahab’s hubris is certainly manifest early in the book but it intensifies the closer he comes to Moby Dick. Ahab’s first mate, Starbuck, actually views Captain Ahab’s reversal to repair the oil casks as “prudential policy” so he doesn’t upset the crew (a mutiny). This was in the last 1/4th of the book.

Starbuck is governed by reason and is a sharp contrast to Captain Ahab’s emoting, yet, Ahab still commands respect by other parts of the crew from his sheer will and forcefulness even though some (such as Stubb)believe it may prove fatal to them.
There is a wonderful exchange between Ahab and Starbuck towards the end of the book. Ahab laments his life and the time he has spent away from his wife and kids (he has at least one child that I can recall, a boy) indeed, Ahab has spent 40 years of his adult life at sea and only 3 on land. Starbuck beseeches Ahab to set sail for Nantucket. Ahab is not insane as caricatures portray, indeed in another powerful point in the story, Captain Gardner is begging Ahab to help him search for his boy who is lost at sea. Ahab told Captain Gardner, “I will not do it. Even now I lose time. Good bye, good bye. God bless ye, man, and may I forgive myself, but I must go.” Ahab is a classic character of tragedy. Even with my very limited reading, I’m aware of the influences of Greece and Shakespeare on Melville. At one point Ahab asks, “Is Ahab, Ahab? Is it I, God, or who, that lifts this arm?”
This is probably my favorite book, certainly of fiction. I’m only sad to say it took me so long to read it. I’ll close with one last quote, “for with little external to constrain us, the innermost necessities in our being, these still drive us on.”