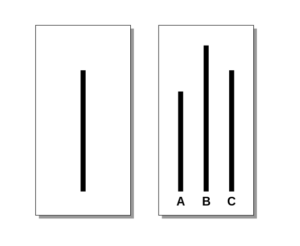 There are many problems with this experiment. As I indicated earlier, there were only college males selected, however, this is still an interesting study to show the pressure of conformity.

There are instances in life whereby not going with the group in particular professional settings, academic settings and social settings, a risk versus reward calculus is employed and it may not be prudent based on each situation, but in a lot of situations, there isn’t a risk versus reward calculation, conversely, there are a large number of individuals that will unreflectively go along with the majority.

This can lead to very dire outcomes for individuals, professional, academic and athletic groups as well as societies, cultures, and governments.